I love skies as sun sets. Amazing colours and intensity sometimes.
And then the darkness.

It doesn’t matter how many times people explain the science of it all. It’s still magical and miraculous to me.

Love some of the creative street art tucked away in parts of London. This was spotted as I was searching for a cafe I didn’t know, to meet up with a friend of 35 years. How I enjoy a late breakfast out. Especially in such fine company.

What a great Sunday. Both the street art and catch up were inspiring.

Anna – an endless source of energy with an unbeatable talent to pull people to her, entrance them with her stories and make them feel all the richer for the encounter.

We don’t meet often enough – far north west Scotland and London are a fair hike apart- but each time tops me up for the months that follow. My turn next to fly to Inverness and take the long and winding road through spectacular landscapes to the west coast and the tiny community of Achmelvich. Unbelievably lovely there.

A first meeting way back when in Morocco and we’re still friends who really care about each other after so many years and countries. 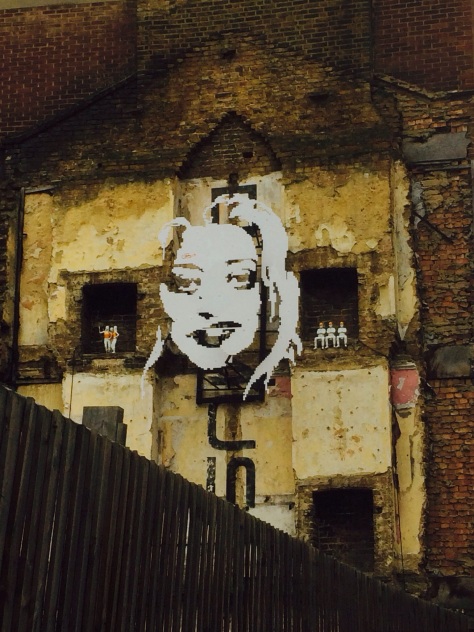 This challenge is about 3 photos that tell a story somehow. 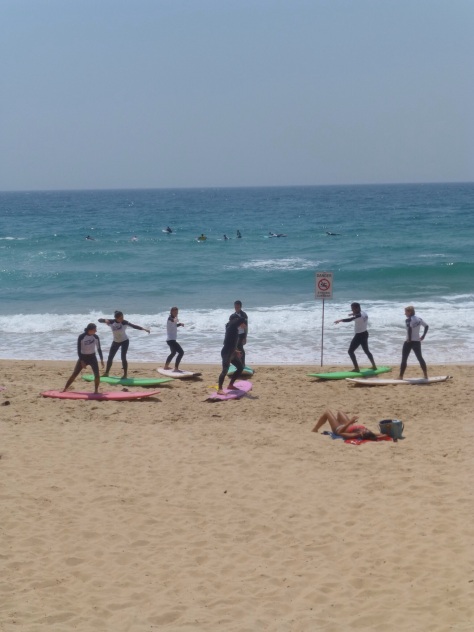 A friend sent me this cartoon below

It made me laugh

Who’d have thought there were so many ways to procrastinate … Obviously never done that myself!

When I know doing housework looks more attractive than a task in hand, I know it’s procrastination going on.

I think of the types I am an internet traveller/ researcher. Something interesting, leads to something strangely interesting, then something else and time speeds by when perhaps I should have been :
Organising tax stuff
Decluttering newly emerged pile of stuff in the house
Making a tricky phone call
Braving the supermarket
Going to bed
Finishing a report….
And
And
And

What kind are you? 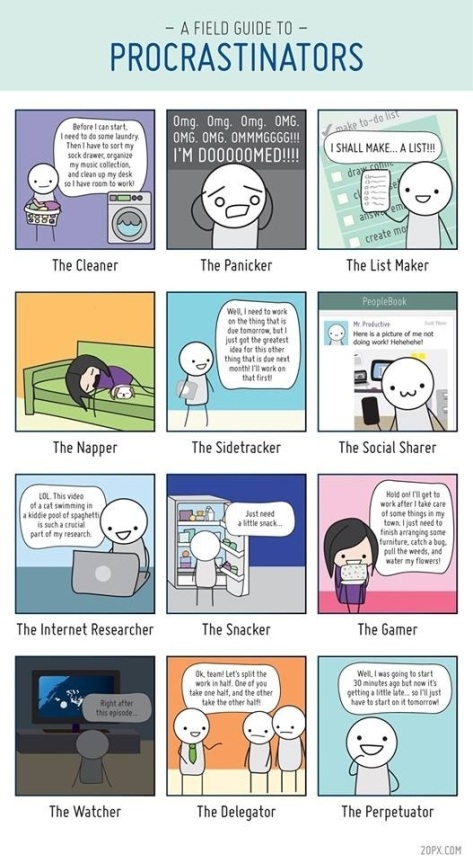 Waking to a warm bed, my partner having crept out earlier and managed unusually not to wake me.

A sense of space and time as I look at the day ahead. Stretching out in bed, luxuriating. A great coffee sought and then back to bed with yesterday’s Saturday Guardian to peruse.

A shower with my favourite smelly things -choosing one from the large range to match my mood of the day.

Selecting one of my favourite bits of funky jewellery, each one reminding me of the place it was bought or the person who’d given it to me. Having time to muse on those thoughts as I select and put it on. And all the time in the background, no sounds except the distinct call of Australian birds.

Aware as I write here that my perfect day has that bit of England and the life I love here combined with so much of my Aussie life. This is a blog. Those things are possible!

After tropical fruit and yoghurt and more hot steaming cappuccino it’s a long and leisurely walk by the sea stopping to sit and watch and muse or take photos. And a swim in the sea water pool by Coogee.

Late Lunch in the shade somewhere that I can watch people and dream up stories of who they are. Something yummy and healthy that has been beautifully presented.

And then? More walking, a potter at home, writing or reading or playing with Photoshop and photos.

Ending this perfect restorative introvert day curled on a sofa with a beautifully shot movie with fabulous acting and a compelling story. Something for my brain to chew over as I head to bed and later be aware of my loving partner coming home – after a day that has fed my soul, if indeed there is a soul. Fed my imagination, recharged my batteries, given my body the good food and exercise it loves and had time to create. Perfect.

Written in response to the daily prompt: http://dailypost.wordpress.com/2014/02/21/daily-prompt-good-time/ 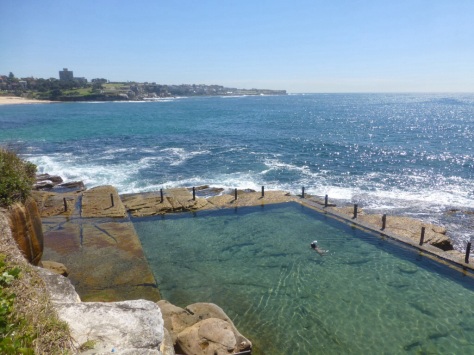 The light caught my eye … Oranges and yellows. 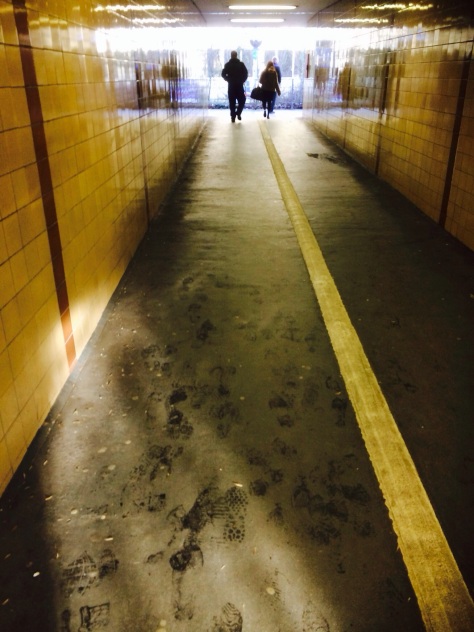 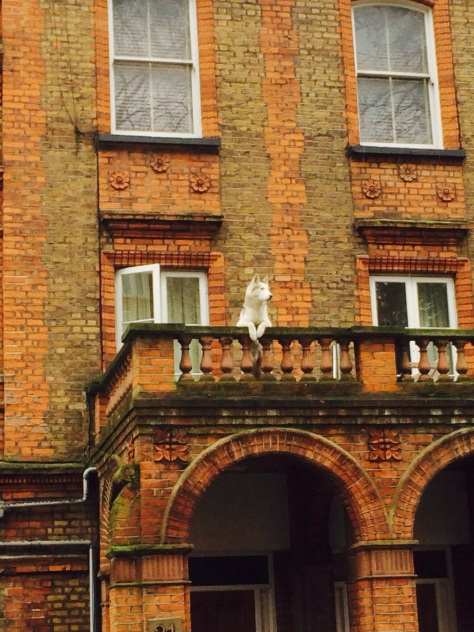 Beside us in the cheap and relatively cheerful italian-ish restaurant tonight sat three young guys. An Chinese guy, a Frenchman and a Brazilian. Heads leaned in, creating their own private space in this noisy place. English, not a first language for any of them, was their shared language. With their oh so imperfect english they seemed to understand each other perfectly.

It made me think about how when there is a will to communicate, you can. How often it can be however that people let the reputation of others, built up fairly or unfairly over time, get in the way of really understanding not just what they say but what they mean. How easy it is for those reputations to build. People make assumptions and judgements based on what they see or hear or think they have seen or heard, and then thereafter seek evidence that backs their assumptions. And if you look, you can always find such evidence and put aside anything that doesnt fit the assumptions you hold so dearly.

I enjoy coming in new to organisations and getting a picture of what’s going on. Who is listened to and who not and why does that seem to be so ? How did someone who speaks so passionately about the importance of good working relationships and her desire to be liked, get to be seen as an unhelpful obstacle you need to work around ? How is it that the most senior person in a room sometimes can seem to be the least influential ? How do those stalemate relationships and conversations come about and why is it they feel so intractable to those involved?

I started this blog with an observation about my dining neighbours, not knowing where this would go. I feel a blog on organisational communications coming on – but that’s one for my work blog! So….

So where was i ? Ah yes…there was an Englishman, an Irishman and a Scotsman….

A cultural british reference for my non british blog readers. So many jokes start this way over here and depending on whether you tell it in Ireland, England or Scotland, the buffoon of the story, the butt of the joke changes.

3 guys at a table, sharing animated enjoyable conversation in a language that wasn’t any of theirs. Their intention being to make the communications work, to create something positive together. Very different from the 3 sets of english language speakers in the jokes.Less sharing, more false assumptions, more disagreement and ego. 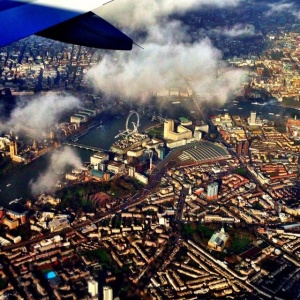 Today I watched a plane high overhead in London, on the descent to Heathrow I imagine. A clear day so I wondered whether they were being treated to the view in the photo, taken on a plane recently.

I love airports, watching all the people, wondering who they are and where they are going. Its sometimes a place of high drama. Balloons and delight greeting some passengers, others anxiously reading cardboard signs for their name, the long haul flighters looking tousled and bemused – economy more tousled than the fresher looking first ones out at the front of the plane. And the departures. Teenage sons keen to get out of their mother’s fond embrace to get through to passport control and to a new life beyond. Passionate kisses, minimal pecks on the cheek, the shake of a hand, a wave not unlike the Queen’s. You see them all. I love all that. Watching it all unfold around me.

And when I see planes in the sky I muse on those in them. On descent the relief of a long journey nearly over, a sadness that a holiday is now done and its back to work all too soon, parents with young children keen to get out of the censorious gaze of those who were deprived of sleep through their children’s sobs that went on just too long. For some a new start in this place, part excitement part anxiety. And when I spot planes ascending I think of all that expectation, settling down and trying to get comfortable, wishing you’d picked another seat or book, checking to see what movies are on, holding tightly the hand of your partner, wondering why the child behind you is already kicking your seat.

Just a plane in the sky and that is enough to set me off on a whole set of imaginings. 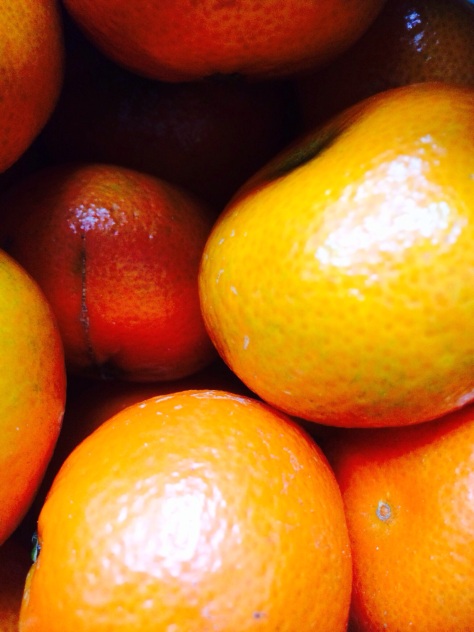 I never know whether mandarins, satsumas or clementines are the right name… Whatever, they are orange and yummy.

And below a new favourite after work treat… Ginger jam on Dutch crisp bread. Delicious.

the funny stuff that happens

Thoughts About Learning and Development For Mental Health Support

Bringing Book Reviews to the Readers of the World...

One mother's attempt to go beyond the autism debate.

Ramblings of a Writer

Living the Path of Life

Cooking with a Wallflower
alifemoment

A NEW NORMAL with CELENIA DELSOL

developing my photography in Moray & the Scottish Highlands

a foreigner in Tbilisi, trying to make sense of my world

An expat Brit in South Australia

This site is a collection of photographs taken by a group of people living in the Derwent Valley, in the North East of England.

Exploring Wisconsin with a camera and a muse or two

Because poetry. And petals.

A Blog about Music and Popular Culture